This week marks 10 desperate years since the beginning of the devastating crisis in Syria. Over 11.1 million people in Syria, and millions of others who have fled the country, need humanitarian assistance.

Since the crisis began in March 2011, the Syrian people have faced unthinkable levels of hardship and loss. Recurrent rounds of violence have inflicted intense suffering and forced people to flee repeatedly in search of safety. They have experienced deepening poverty and inability to access basic resources and services.

The humanitarian situation continues to deteriorate in the northwest, where millions of people uprooted from their homes are struggling to survive. Suffering is widespread amid shortages of food, medicine and fuel in addition to the devastating impact of the Covid-19 pandemic and the collapsing economy.

It is feared that the number of people in Syria will rise to a staggering 13 million this year.

“As the crisis enters a second decade, the Syrian people must not be forgotten. There is still time to act to prevent yet further catastrophe. In 2021, the world must no longer ignore the plight of the Syrian people”, says Tufail Hussain, interim CEO of Islamic Relief Worldwide.

“We pray to God for relief and to one day return to our homes safely.”

Umm Ismail and her children fled their village, in Jabal Al-Akrad, barefoot in the middle of the night when violence broke out five years ago.

Umm Ismail recalls: “We were sleeping when the bombing started, but woke up terrified. Children and women were screaming everywhere. We were very afraid.”

They took refuge in a neighbouring village, but soon after bombing began there too and they had to flee again. Eventually they reached the Ali camp on the Turkish-Syria border. Two of her children are very unwell.

Umm Ismail explains, “If my son is without medicine, he cannot move. We rely on charity to provide his medicines, as they are not available in hospitals in northern Syria.” Umm Ismail has also been ill over the last few years, especially in winter and amidst torrential rain and flooding. 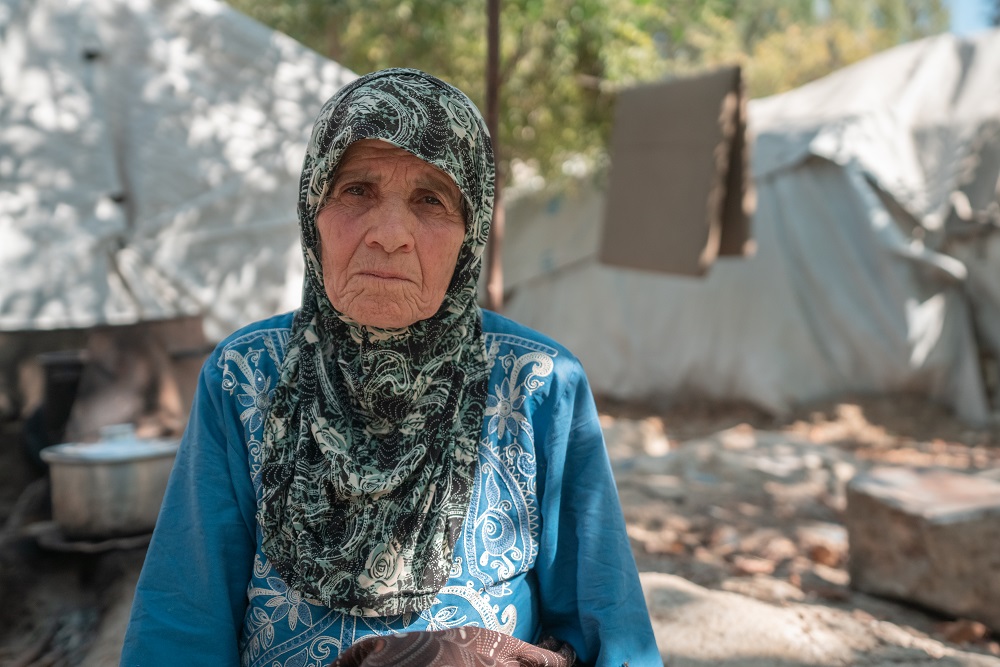 Umm Ismail is among over 770,000 people in Syria to receive food aid from Islamic Relief last year.

“Before the crisis we ate delicious food. We used to raise livestock, live off the produce, sell the excess and earn a good livelihood. But that is in the past. Now, our house has been demolished by the bombs, our lands are burned, our livelihoods ruined and everything is lost. We can barely afford the price of bread.”

Umm Ismail is among over 770,000 people in Syria to whom Islamic Relief provided food and freshly baked bread last year.

Umm Ismail says: “Thanks to God, Islamic Relief provides us with food and hygiene baskets. The basket keeps us going for about a month. We pray to God for relief and to one day return to our homes safely.”

Mother-of-four Hoda is one of 6.2 million people to have fled Syria since the start of the crisis. She endured dire living conditions in Syria before seeking refuge in Hatay, Turkey. However, once in Turkey, finding work was almost impossible.

“I could not find a job here because this city is small and has a large number of Syrians. I cannot leave my children at home and be away from them for a long time”, says Hoda.

Islamic Relief worked with Hoda to help her earn a reliable living. She now works at an Islamic Relief greenhouse, where she has been given crops to tend and sell for profit.

Hoda’s family are just one of 450 in the area to receive help through agriculture, beekeeping and vocational development support projects provided by Islamic Relief. Many of these families have been given plots of land for them to plant tomatoes, strawberries and sustain beehives, so that they can subsequently sell the produce. 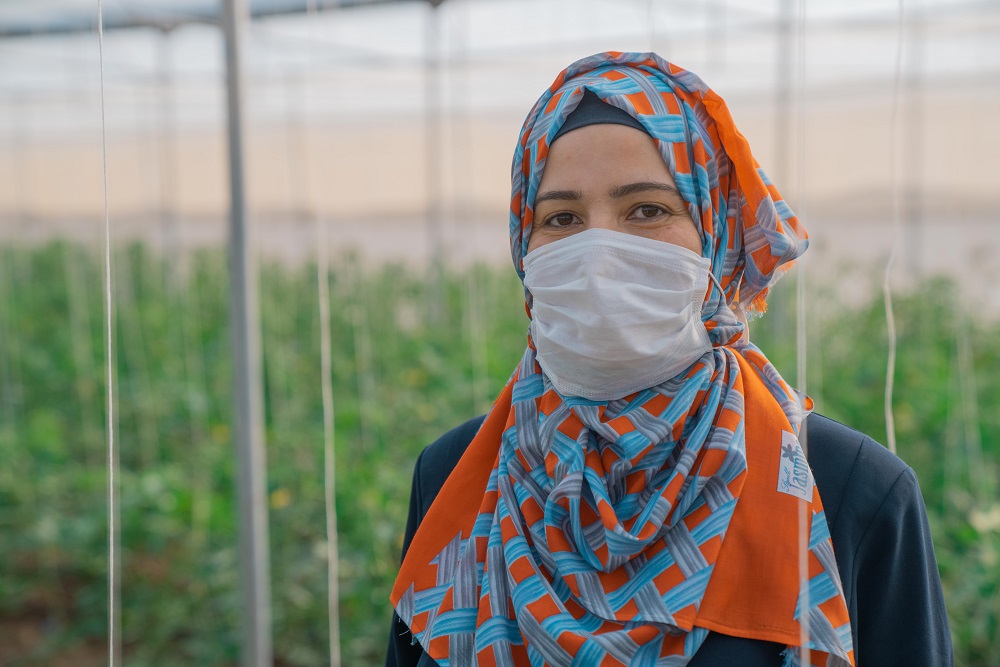 Working harder than ever to end the crisis in Syria

Since the crisis began, Islamic Relief has invested £350 million in delivering life-saving humanitarian programming. Last year alone, we were a lifeline for around 2.5 million* people.

We provided food, emergency healthcare, and specialist medical services such as blood banks, dialysis and heart surgery. Islamic Relief ensured vulnerable people had access to shelter and survival items including blankets and plastic sheeting. We offered life-changing livelihoods support, education interventions, and a safety net for hundreds of vulnerable orphaned children. In addition we increased access to water, sanitation and hygiene, and provided solar energy.

However, countless people in Syria continue to suffer as we mark the grim milestone of a decade of crisis. They need our help now, as much as they ever did. Over and over again, they tell us they long for peace.

Islamic Relief calls again on the international community to increase support for desperately needed humanitarian efforts and apply pressure on all parties to immediately de-escalate the violence. And crucially, we call for action to secure a lasting solution to this dreadful crisis. Peacebuilding must focus on building viable livelihoods for the poorest families as well as supporting communities to become more resilient. Only then can the people of Syria live, work, and raise children in safety and security.

Read more in our report. Help us continue to be a lifeline for those still suffering: please donate to our Syria appeal.

* Islamic Relief aims to maximise the positive impact we make by integrating projects wherever possible. In this figure, which includes people reached in all our sectors of intervention, some people may have been counted in more than one sector. For example, those who have received food, shelter, or water, sanitation and hygiene support may have also accessed health facilities supported by Islamic Relief.