According to the United Nations, some 1.9 million people in Niger did not know where their next meal is coming from even before the Covid-19 pandemic deepened food insecurity and poverty. Now the government says 2.7 million people are struggling to feed their families, sparking fears that already high levels of malnutrition will rise still further.

On World Food Day, find out how Islamic Relief is providing lifesaving support to children struggling from severe malnutrition in Niger. 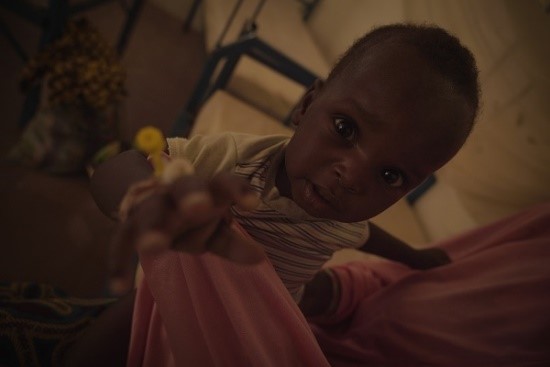 In the brown building that makes up the nutrition centre, two women sit on hospital beds that have mosquito nets on them, holding their babies. The only light in the room comes from the open door. The shuttered windows are closed but slivers of light still come through, drawing patterns on the walls.

On one of the beds is Hawa, cradling her baby boy. Hashiru has a bandage on his tiny right hand, holding an intravenous drip line in place. Dressed in a pink veil, Hawa is cheerful and smiles down at the 10-month-old.

“I was told my son is not improving and had to be transferred to the [nutrition centre at the district] hospital,” Hawa explains. 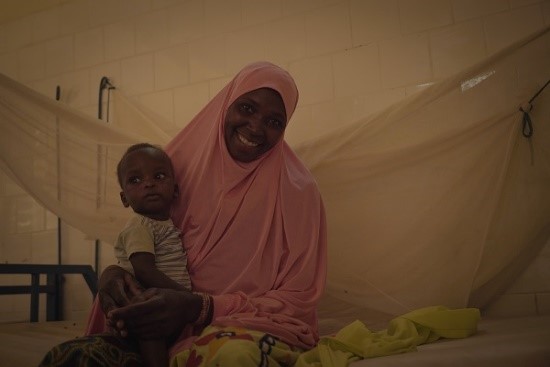 Hawa and her son, Hashiru, who is recovering his health after a stay in the Islamic Relief nutrition centre

Islamic Relief is a lifeline for many

Hawa and her son were taken to hospital in an ambulance provided by Islamic Relief to transfer patients from health centres in remote villages in Baleyara. They have now been at the hospital for five days. “My son is better now,” she says with a smile lighting up her face.

In a nearby bed sits 30-year-old Fati, from Deiberi. Fati had gone to the dispensary in her village with her 20-month-old child to attend a pre-natal clinic when the medical staff told her some disturbing news. “I was told my child is very sick and needs to be admitted to the [nutrition centre at the] hospital,” she explains.

Before the Islamic Relief project, there was no CRENI in the district. We built the life-saving facility, complete with latrines, a kitchen and waiting area. The kitchen provides food to patients and their accompanying family member during their stay. The project has also helped ensure access to health facilities for children with severe acute malnutrition.

Islamic Relief’s nutrition centre is a lifeline for many. In an office inside the centre a group of health workers office sit at their desks, each engrossed in their work. Among them is Saley Fati Hanouma, a nurse at the Balayera District Hospital. Saley is employed by Islamic Relief as part of the project, which has also trained health workers in malnutrition prevention.

A team leader dressed in a white laboratory coat that is complemented by a colourful African print head wrap, she tells us malnutrition is common in the area. “A lot of children are suffering from malnutrition because people do not have enough to eat,” explains the mother-of-six. “Before construction of the clinic, [malnourished] children used to be referred as far as Niamey.” 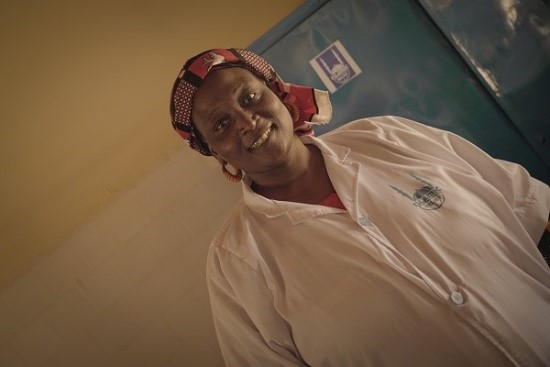 Saley Fati Hanouma, a nurse employed by Islamic Relief at the nutrition centre

Now, the hospital has a referral system with all village health centres in Belayara, so acutely malnourished children are taken to the nutrition centre at the district hospital.

Fati and Hawa, who hadn’t known their children were malnourished, have received training in taking care of their children and good hygiene. They are eager to share their new knowledge with others in their community.

“Take care of your children and give them food with nutrients,” advises Hawa, who is looking forward to her child being discharged from the centre. “When I go back home, I will prepare some pounded food for my child.”

“I will prepare some good lunch for my child. I will also prepare porridge,” adds Fati.

The project is working in local communities to boost outcomes for children and women. Volunteers, trained by Islamic Relief, hold community meetings on malnutrition, child protection and gender-based violence (GBV) – helping to manage cases of violence against women and children. They have so far identified 10 GBV cases and referred them to the district protection service provider.

With your support Islamic Relief is helping children to beat malnutrition, but much more is needed to lift families out of poverty and food insecurity. Please donate now to help us continue our lifesaving work in Niger and around the world.