“The men, the women, even the animals have benefited”: unlocking women’s livelihoods in Mali

HomeWhere We WorkMali“The men, the women, even the animals have benefited”: unlocking women’s livelihoods in Mali

Mali is one of the hardest places in which to be a woman – not least because they face particular obstacles to lifting themselves out of poverty, but with Islamic Relief’s support strong women are changing that.

One of the poorest countries in the world, some 50% of Mali’s population lives in extreme poverty. Conflict and the consequences of the changing climate are also devastating lives and livelihoods, leaving a staggering 1 in 4 people not knowing where their next meal is coming from.

Islamic Relief has been working in the west African country since 1997, working alongside vulnerable communities through projects to help local people to tackle the key drivers of poverty and suffering.

Our integrated project which seeks to improve the livelihoods of women in the Circle of Kati, is tackling a range of issues facing women. These include, disaster risk reduction, food security, income generation and protection.

By focusing on growing vegetables, strengthening community-based organisations, and forming networks among women, Islamic Relief has been providing livelihood opportunities to women like Sitan, who was struggling to make ends meet in a place in which most women earn as little as $1.25 USD a day.

Like many in the Circle of Kati, she relies on farming for an income, but during drought, her crops would fail.

The mother-of-5 explains, “Sometimes you don’t earn from the vegetables you grow, and other times you earn a little, but not [equal to] what you invested. We didn’t earn enough money.”

In her village, Komi-Komi, women were typically locked out of livelihood opportunities and unable to earn healthy incomes or explore business ventures – so we advocated for women to have a plot of land to farm vegetables. “We learned that women have a right to land,” Sitan says. 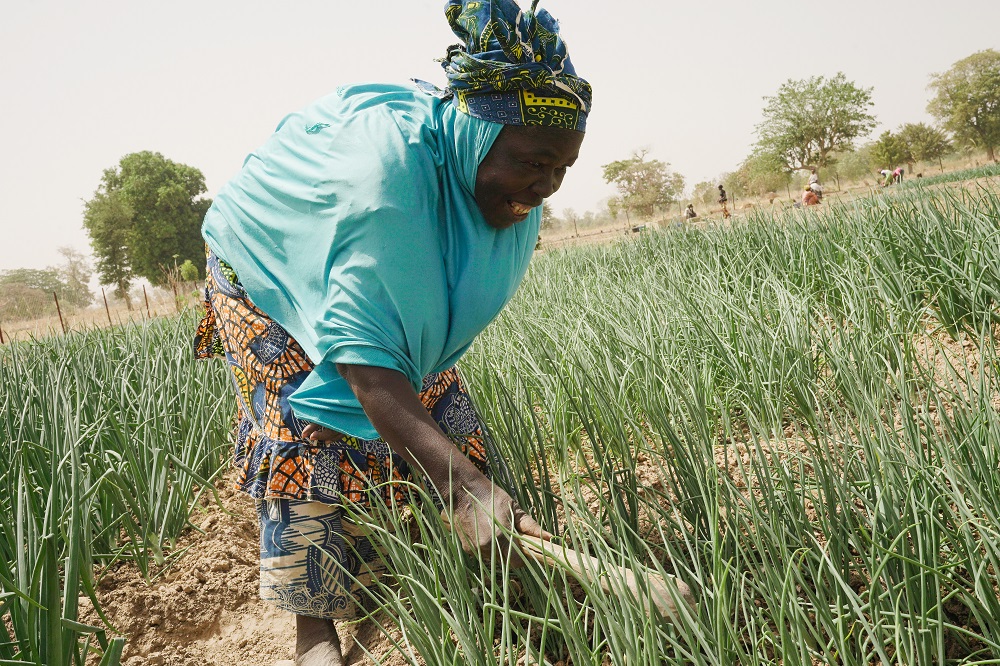 Sitan tends the onions she is growing in Komi-Komi’s new community vegetable garden.

Sitan has increased her income eightfold

We also installed a micro dam, added irrigation systems to the new community vegetable gardens, brought local women together in a cooperative, and gave them seeds and training in effective farming practices.

“We were able to improve our farming techniques a lot,” says the 50-year old, who began growing onions and tomatoes. With surplus produce bought by another women’s association formed through the scheme, she earned 200,000 XOF (around £265) – an eightfold increase on the previous year.

“I was able to contribute significantly within my family,” she says, explaining that her earnings covered school fees and clothing, and meant she could save a little money too. “I am very happy and satisfied that I can earn something myself.”

The scheme has also had a broader impact for the women of Komi-Komi, who now have a stronger voice in the community.

“Today our village leaders consult us. They seek our advice, our contribution. The men, the women and even the animals of Komi-Komi village have benefited!” 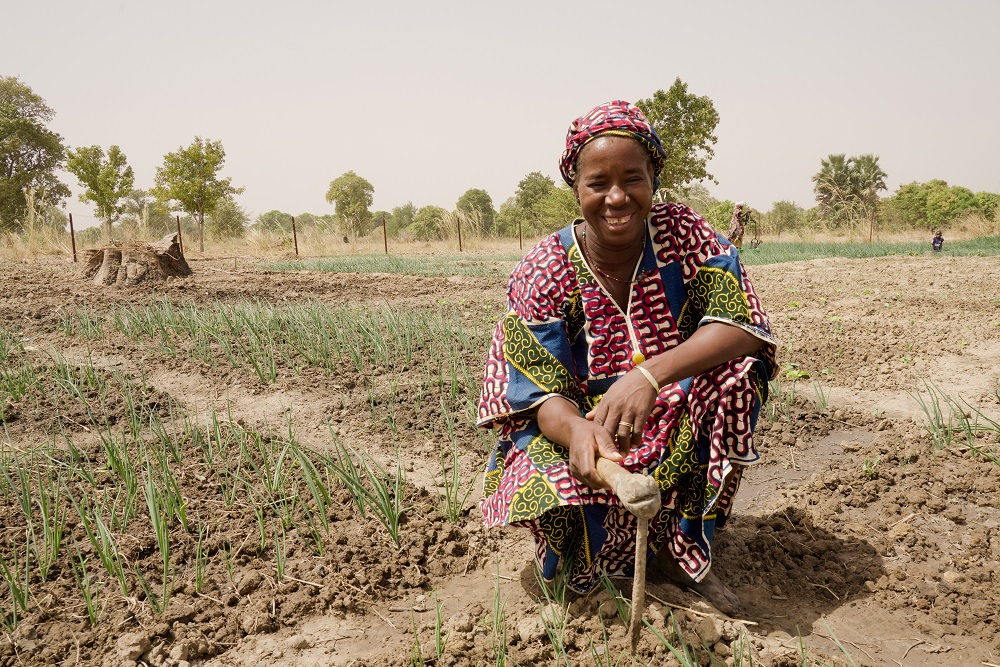 The project, which served 1,700 families, also helped 50-year-old Sanata to set up a vegetable garden. We provided her with training in gardening techniques as well as skills in marketing her produce. She is now earning a steady income.

Her children are her priority, and while Sanata worries that they may fall ill, she knows that she is now able to care for them.

Hundreds of women like Sitan and Sanata have increased their income and built long-lasting, stable livelihoods that are resilient to climate change – and their livelihoods are enabling others to flourish too, thanks to the seller’s groups formed by Islamic Relief. Through the groups, women have access to small grants with which to buy the produce from farming groups, which they sell for a profit.

“We are now able to provide for ourselves and our children, be it education or food,” says Sanata, proud to have achieved self-reliance.

With your help Islamic Relief can continue enabling families to life themselves out of poverty in Mali and beyond. Please donate today.