Inside Bardarash camp, Syrian refugees speak of loss and hardship

Dareen had her own home, a reliable income, and children in school. Now she lives in a leaking tent in Bardarash camp, which recently re-opened to shelter refugees fleeing the latest wave of violence in north-eastern Syria.

“We were a happy family with a steady job and our own house,” says the mother-of-eight, explaining that her husband earned a decent living from the shop he owned.

Then their village in Qamishli, north-eastern Syria, was bombed.

“Overnight, everything changed. We left all our memories with our house, our possessions and clothes. My children dropped out of their schools. We went out into an unknown future.”

Seeking safety, the family were desperate to leave Syria, a country that has suffered more than eight years of war.

A difficult journey to safety in the Kurdistan region of Iraq

Dareen, 40, and her family travelled for three days. They walked long distances with only biscuits and water to sustain them before finally crossing the border into the autonomous region.

They were then moved to Bardarash refugee camp, near Dohuk city. Newly re-opened, the camp shelters over 11,000 people that have fled a recent escalation of violence in north-eastern Syria. 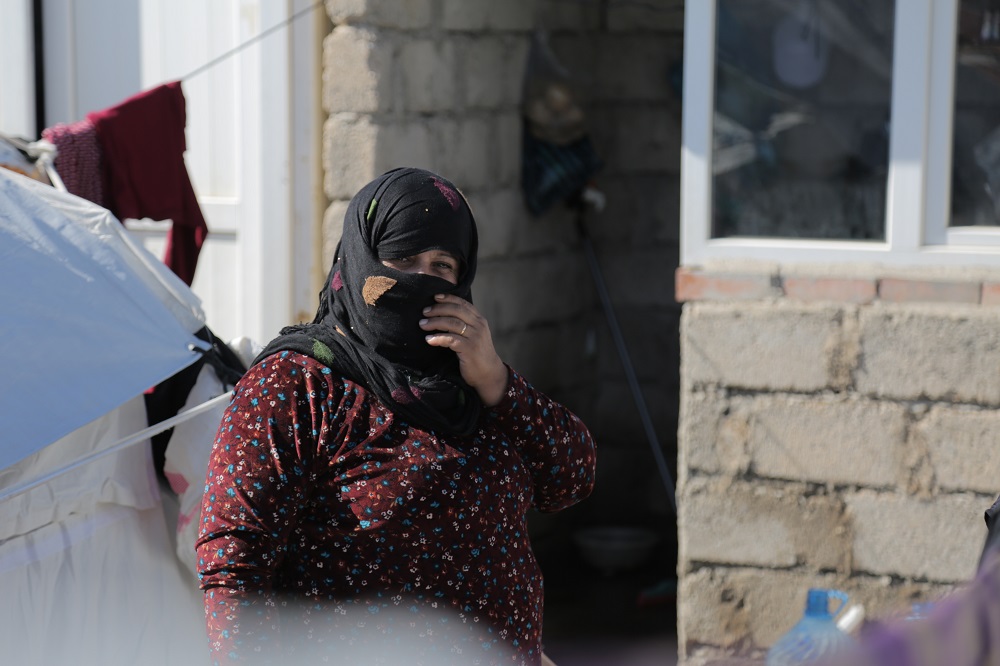 Dareen and her family face grim conditions in Bardarash camp.

“When we reached the camp, we received rice and sugar. We still desperately need other food like cooking oil and flour, as well as medicines, hygiene items, and [things] like heaters,” says Dareen, who now faces a grim winter in a leaking nylon tent.

“I live in shock, I can’t believe what happened to us.”

Mosa, 61, also lives in the camp. He and his family first fled the violence in Syria in 2014, after an intense bombardment that cost his wife her hearing. They lived in neighbouring Turkey before returning to home to Ra’as Al aynRas al-Ayn.

But when the security situation deteriorated again they were once more forced to leave everything behind – including his wife’s hearing aids – to seek safety in the Kurdistan region of Iraq.

“We need more support especially food, water, medicine. Our situation is miserable, I don’t have money to purchase medical spray for [my inhaler],” says Mosa, who needs the medicine to treat his asthma. 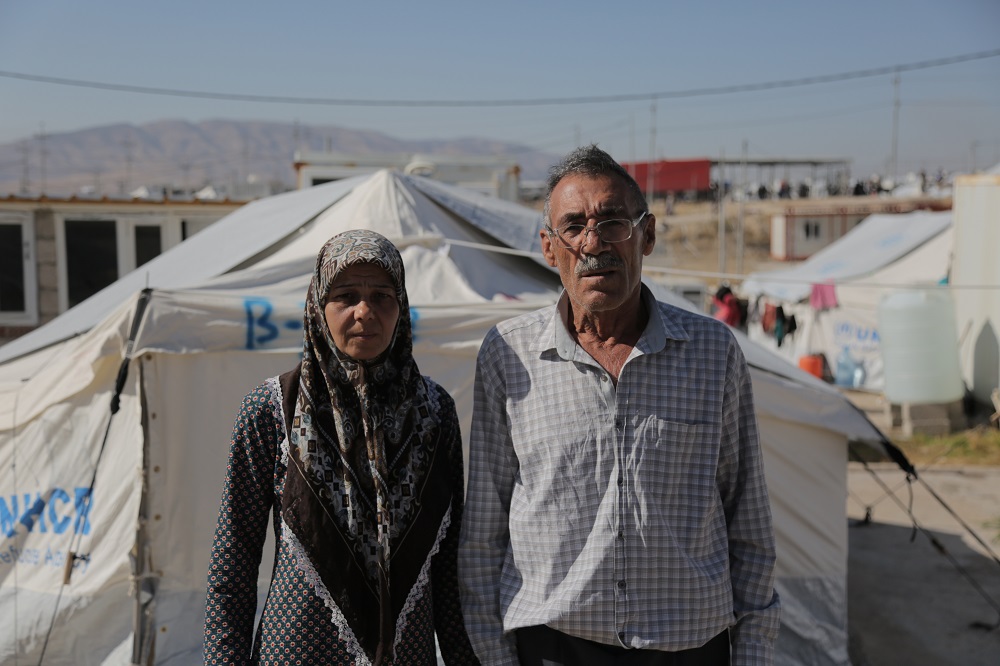 Mosa and his wife face an uncertain future after fleeing north-eastern Syria.

Islamic Relief is a lifeline for vulnerable families

Islamic Relief will shortly begin giving the most vulnerable families much needed items like hygiene kits, helping them keep disease at bay during the harsh winter weather.

But much more is needed. As the humanitarian situation in Syria continues to deteriorate, new arrivals continue to reach Bardarash camp.

Islamic Relief is doing all we can to help people whose lives have been shattered by conflict. We work in war-torn Syria and in neighbouring countries including Iraq, itself one of the most volatile countries in the world.

Together, we can continue to help families who’ve lost everything to unrelenting violence: donate to our Syria Crisis Appeal now.