Climate change is cutting Indonesian communities off from the traditional knowledge on which their livelihoods rely, but with the support of Islamic Relief they’re developing new, inclusive ways to adapt.

Indonesia is one of several southeast Asian countries on the frontlines of the climate emergency. By 2030, the country is predicted to experience temperature increases of approximately 0.8°C. Alongside this, a shorter rainy season is anticipated.

This makes it even more urgent for vulnerable communities, especially those which rely on farming to earn a living and feed their families, to find effective ways to adapt to the rapidly changing climate.

Climate change is known to increase the frequency and intensity of extreme weather events. This threat is particularly acute for countries like Indonesia, which is one of the most disaster-prone places in the world.

As recently as April 2021, heavy flash-floods triggered by a cyclone killed 181 people in Indonesia’s Nusa Tenggara province. 47 people are still missing. The disaster damaged or destroyed more than 20,000 houses in 12 districts.

The strongest cyclone to hit the country since 2008, Seroja is estimated to have inflicted an economic loss of around $250 million USD.

“The devastation in the province caused by the Seroja Cyclone is massive, including destruction of housing, roads and other infrastructure, water sources, and community livelihood assets,” said Yusriza Puteh, who led Islamic Relief’s response to the disaster. 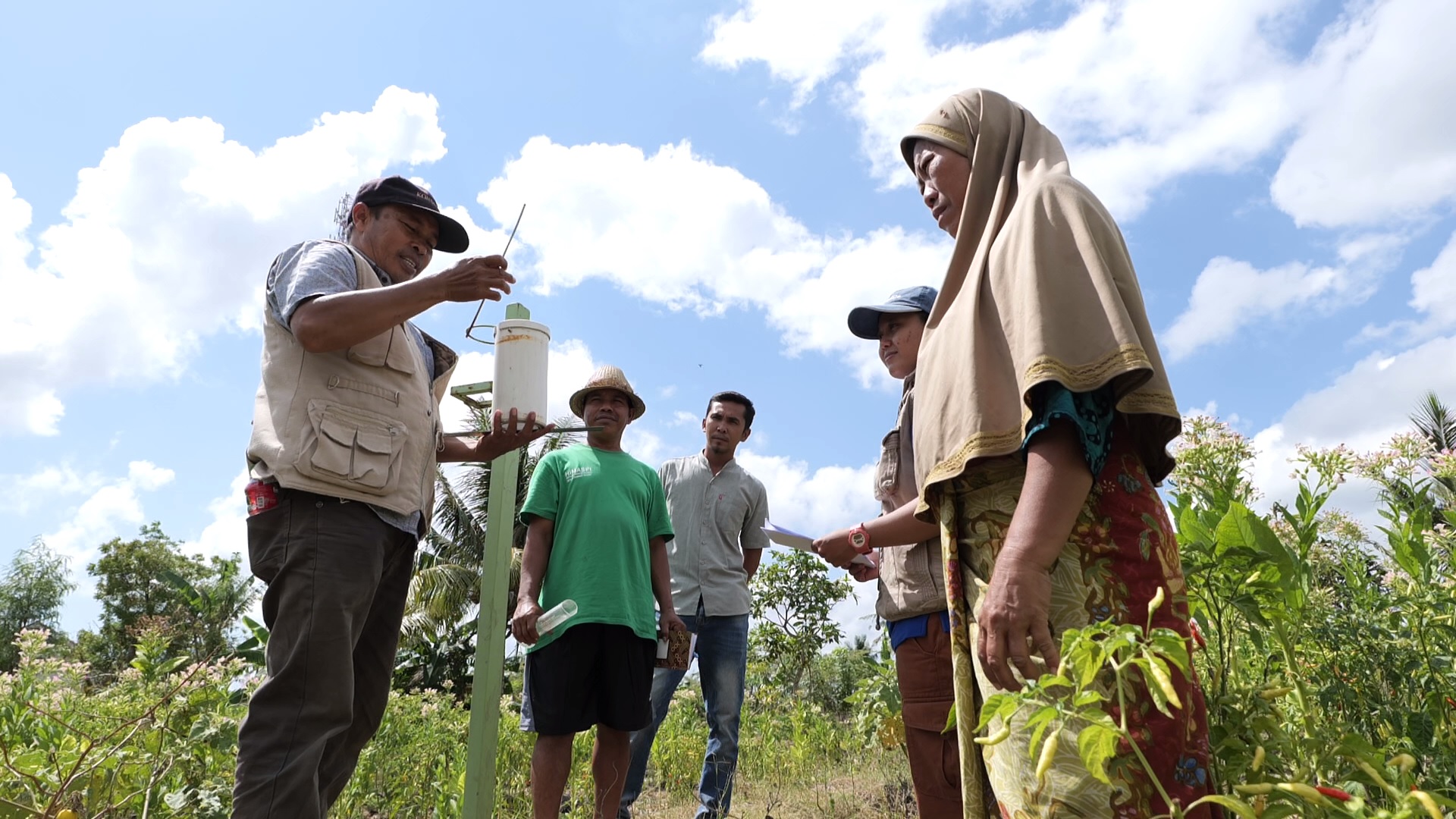 Traditional knowledge, which for generations has helped Indonesian communities make important weather predictions, is struggling to keep up with the rapidly changing climate.

In southeast Lombok in Nusa Tenggara, farming communities use a local astronomical tradition known as tumbuk to predict annual rainfall so they can adapt to the weather, figuring out what and when to plant.

“If the tumbuk occurs around the start of the sixth month, it is predicted that the rainy season will be long and intense at the beginning of the month, gradually decreasing until the end of the month,” explained Ahmad*. As a local community and faith leader, he is among those preserving the traditional knowledge, which is based on observations and knowledge passed down through generations.

But with climate change disrupting weather patterns, this traditional knowledge is becoming increasingly unreliable and this presents a real threat to livelihoods. And it’s even harder for women to earn a living from farming, since they are largely locked out of traditional knowledge and climate information.

“All the decisions are made by community leaders and faith leaders,” said Siti Liana, an environmental and gender expert. “Women are excluded from discussions around local climate issues. They are rarely included in decision making around agriculture and fisheries.” 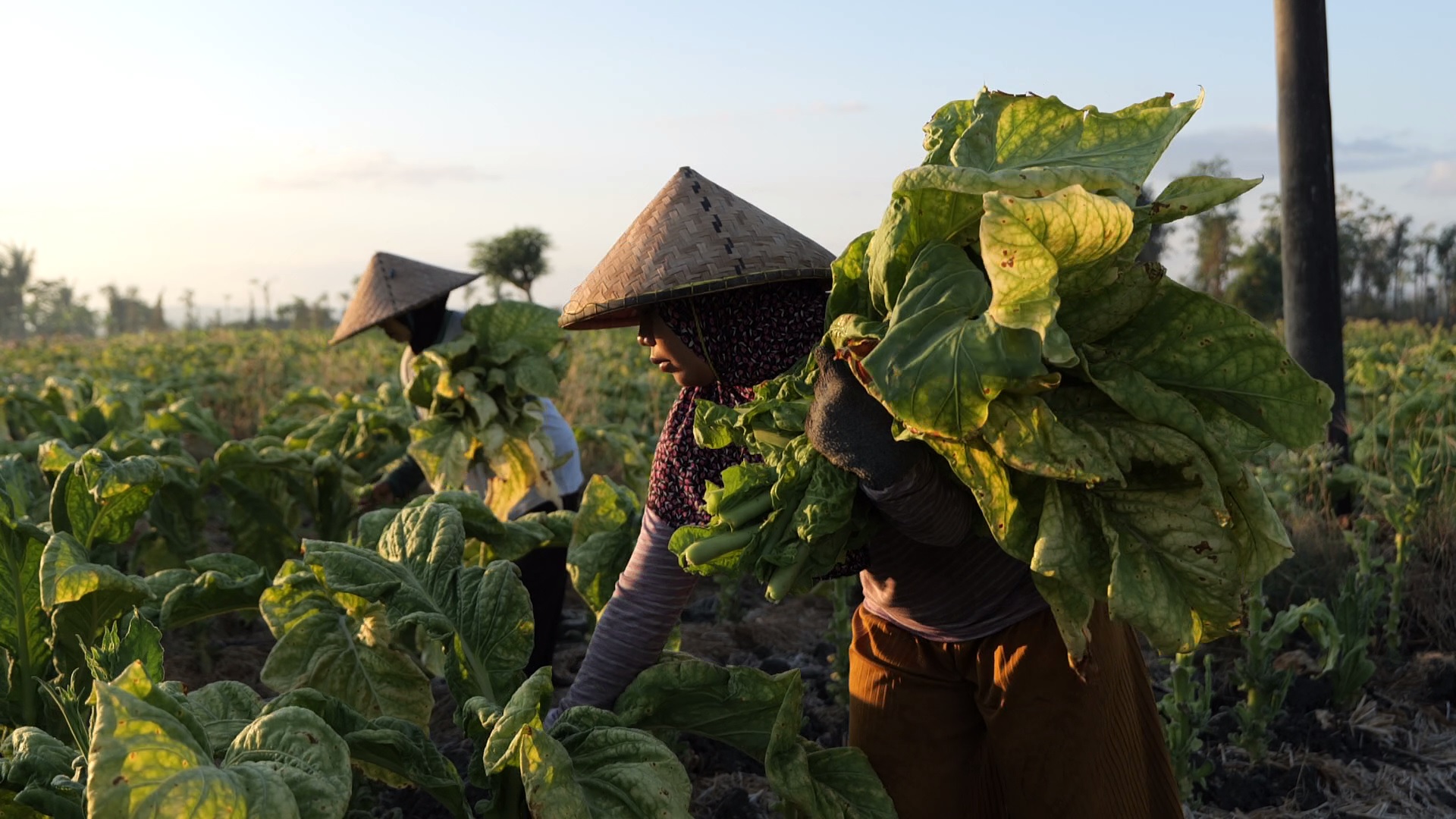 A farmer involved in climate field school harvests her vegetables at the end of the growing season.

Putting women at the centre of locally-led adaptation

Islamic Relief Indonesia and KONSEPSI, our local partner organisation, are increasing women’s participation in locally-led adaptation – especially in decision making around agriculture and fishing in Lombok.

One of our initiatives is a gender-based climate field school. It works with farmers who rely on rainfall, as well as salt farmers and lobster fisheries. All are especially vulnerable to the impacts of climate change.

Rain-fed farming is increasingly failing as the tumbuk cannot predict the erratic weather pattern. Salt farmers, who need to mature the salt during the dry season, are being caught out by unpredictable rain. And as sea temperatures rise, causing disease and death in lobsters, lobster fishers are also struggling.

Through the field school, we are training them in community-based adaption methods. These include:

These interventions have achieved a significant increase in the productivity of lobster fishing, rain-fed farming, and salt cultivation.

Importantly, the field school puts women at the heart of adaptation methods by increasing women’s participation in decision making around community based adaptation. This is increasing the ability of women to actively participate in livelihood activities, and to share in household decision making and controlling family resources.

“If we want to address the impact of climate change on our children, we need to educate the women first,” pointed out Dr Sitti Hilyana, a gender expert at the University of Mataram. “That is why increasing the knowledge and awareness of climate change in women is very effective (at increasing their participation in decision making).” 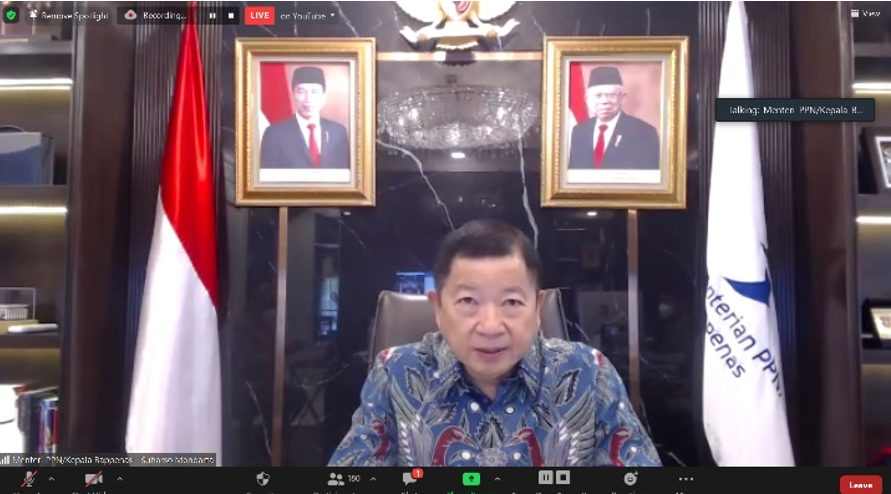 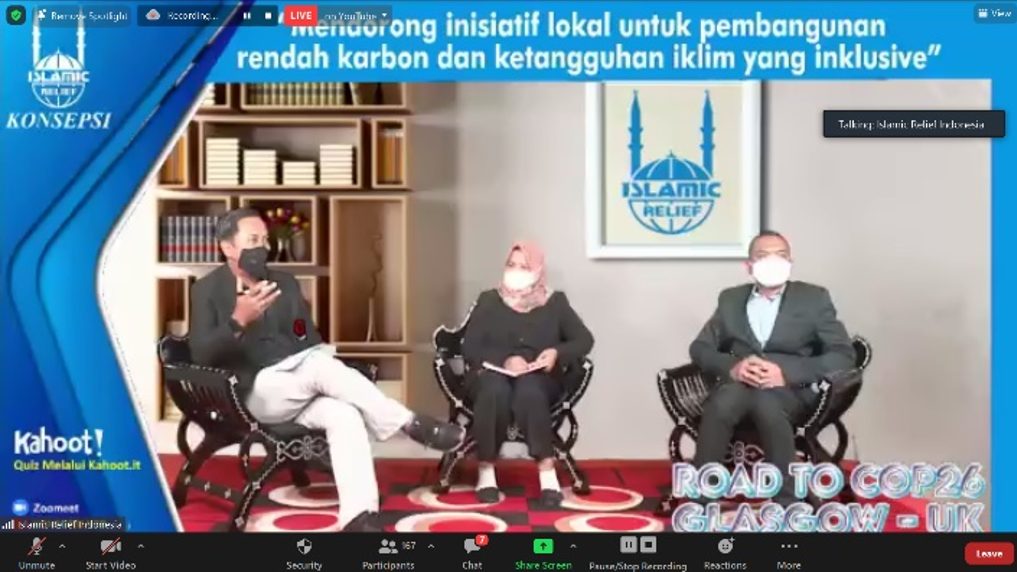 They shared ideas and the Indonesian Government’s commitments on low-carbon development and climate resilience.

Islamic Relief is committed to bringing the voices and experiences of vulnerable communities to local, national and global platforms for dialogue.

With the Governor of West Nusa Tangerra joined as keynote speaker by officials from the Ministry of Development and National Planning Board, the national event produced recommendations and commitments.

Those discussions will be taken forward at the pivotal COP26 climate summit in Glasgow, Scotland. Hosting an event on the 11 November, Islamic Relief Indonesia will explore the nexus between gender-based climate adaptation and localisation in Indonesia.

Communities on the front line of climate change have a wealth of experience in adapting to rapidly changing climate. It is therefore essential that we listen and empower local stakeholders to contribute to decisions that will directly impact their lives and livelihoods. We also must work with local communities in integrating scientific climate data into local adaptation practices like tumbuk to ensure that these communities continue to effectively adapt to the impacts of climate change.

*Name changed to protect his identity