HomeWhere We WorkBangladeshFire in Rohingya camp leaves nearly 100,000 in urgent need of aid

The fires wreaked havoc in the densely packed refugee camps and raged across 4 camps in the world’s largest refugee settlement – home to more than 1 million people.

Affected families have been left homeless after their shelters burnt to ashes, with reports of many sleeping in open fields and on roadsides. Amid these difficult conditions, families are highly vulnerable and there are serious safety concerns for women, older people and those with disabilities. 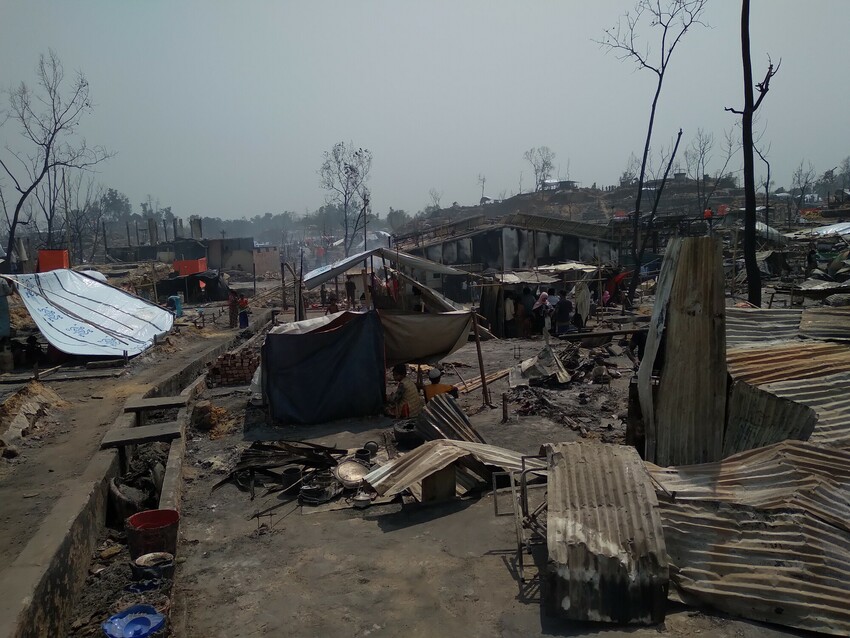 The fires have caused widespread devastation in camps

We urgently need your help to support affected families

We are also planning longer-term initiatives to help in the aftermath of the fires.

We will ensure that child-protection and counselling support is ramped up, as survivors have been left traumatised and highly vulnerable.

Islamic Relief are also planning to re-build the camps, improving the safety of residents. For example, by using fire-retardant materials and having sufficient space between shelters, as well as making sure that there is access for people to flee easily in emergencies, should such an incident happen again.

We urgently need your help to support survivors, who have already been forced from their homes and faced years of suffering amid the Rohingya crisis: please donate now.